Much of my experience of Freedomain Radio (FDR) wasn’t shaped as much by Stef as it was the community which built itself around him. The online discussion forums became one of my go-to internet distractions.

There was a built-in hierarchy in the FDR community. Stef opted to publish all of his books and podcasts for free and without advertising support. So instead, all of the work and overhead was funded by direct pay-what-you-want contributions from the community. Members who chose to subscribe would get a certain “status” labeled next to their image on the message boards: bronze, silver, gold, diamond, or “Philosopher King.”

While there was no strong discrimination against non-subscribers, there was a lot of social pressure to put up some money. I eventually did, paying $10 a month over a year, which was considerable for my pathetic college budget.

The more I got to personally know some of the other FDR enthusiasts, the more I realized I was a bit of an anomaly in the group.

The first meetup I attended took place in Spain. In 2010, several Freedomainers decided to organize a week-long meetup in Málaga, a small resort city on the southern Spanish coast. The meetup happened to fall a week before my sister’s wedding in Germany. I took a leap of faith; I bought a plane ticket to Spain to meet the Freedomainers in the flesh.

It was my first time traveling out of North America, and my first time flying on a plane alone. I didn’t speak any Spanish– I felt intimidated. After a ten hour layover in Dublin, I landed in Spain on a warm June evening, with an international flip-phone that I couldn’t get to work.

Feeling exhausted, I made my way via taxi to a hostel where I was sharing a room with a few others in the group. Only a few minutes after arriving, two of the members showed up looking for me.

We walked up a hill in the dim city center toward the Alcazaba de Málaga, a palatial fortification dated to the 11th century. Near the summit under an amber street light within the old stone architecture, a dozen men ranging from ages 20 to 60 stood around talking, laughing, drinking wine, and playing music together.

They warmly welcomed me, some of the them having been there a few days already. I had never experienced such a deep and genuine connection with so many new people at once (though many of them I had connected with on the forums for a while). I was intoxicated.

Though there was a surprising pattern I recognized.

The most common point of conversation which was repeated about ten times in my first couple days in Spain was “How did you find FDR?”

It seemed the path which I followed — through the old libertarian political chain — was a deep minority. Most of the people at this meetup found the podcast not at all through the politics, but through the self-improvement component of Stef’s work. This made me feel like a bit of an outsider, but I still felt totally engaged.

There was a lot of “opening up” which happened over the week. I expected more conversations about ethics and economics, but things were more focused on child abuse and psychotherapy. These sensitive topics created an intense feeling of bonding.

Like waking from a peculiar dream, I felt strange shifting from that close-knit and vulnerable group to a bubbly wedding crowd. I left Spain feeling even more engaged with the FDR world, and more detached than ever from my family. I was indoctrinated.

Despite my envelopment in FDR, I remember feeling skeptical through it all. There was a nearly absolute reverence for everything Stef said, and I found that unsettling. Much of his work, especially his system of ethics which he coined “Universally Preferable Behavior” (UPB) didn’t make sense to me, though I resolved to assume I had not put in enough effort to understand it.

Against my reservations, I still longed to be a deeper part of this community. Once I made my way back home, I needed more.

Every year up until 2010, Stef would host a listener appreciation barbeque around the end of the Summer at his home in a Toronto suburb. The community was small enough at the time that it was feasible. (Where as now his Youtube channel has 700,000+ subscribers, and over 200 million views.)

But back then, he opened his home to anyone who was a member on the message board and willing to make the trip. People traveled from as far as London (a couple I met in Spain), but most were from the eastern U.S. and Canada.

The barbeque was the first time I felt off-base about the community.

Not long after discovering FDR, I stumbled upon an article detailing accusations of the group being an “internet cult,” but that did not deter me. The group clearly had many typical characteristics of a cult (charismatic leader, unique phrases and terminologies, in-group + out-group dynamics), but none of these things seemed to be inherently wrong to me. I viewed them as common components of many communities which helped them bond and organize ideas.

Lingering behind with Kevin during a Stef-centered discussion.

The first high profile media coverage for FDR was in 2008 appeared in England, about a mother placing the cult allegation against Stef after her 18-year-old son cut off contact with her after becoming a fan of the podcast. The consensus explanation within the community was that she was an abusive mother — who also happened to be a politician — who wouldn’t own up to the fact that she had destroyed her relationship with her son.

I don’t know what was true about the story. But the fact that the community even had a specific word for the process of cutting off contact with one’s family for whatever fucking reason  didn’t strike me as a problem. “DeFOO” is what they called it (“FOO” meaning “family of origin”), and all the coolest Freedomainers were doing it.

I recall watching the 2012 film, The Master, some time after that picnic. The movie was a fictionalized version of the early days of Scientology. A scene in the film struck me as oddly familiar. It is set in a living room at the residence/headquarters of an L. Ron Hubbard inspired character played by Philip Seymour Hoffman. The scene plays out: He is conducting a talk therapy session, in which one of the devotees of the movement allows the leader to extract revealing information from him regarding early-life trauma in front of dozens of other followers.

A similar scenario happened at the picnic I attended, at the Molyneux house in 2010. Several lauded members of FDR took a seat on the couch near Stef and went through the same extraction process.

I remember distinctly feeling uncomfortable about it.

I don’t think my discomfort was about the fact that people were talking publicly about very vulnerable subjects. In fact, I think it is positive and healthy. What truly made me feel unsettled was that in those moments, it became extremely apparent that these people were putting absolute trust into one person.

During that part of the picnic, I found ways to be outside of it but still appear engaged; either lurking out in the kitchen, or outside chatting with others who were equally uninterested in the talk show happening inside. In 2016, I reconnected with one of those people, Kevin, when I started planning this film.

The more time one devotes to a cause, movement, or group, the harder it becomes to distance oneself from it. Despite the very apparent problems within the community, I would continue to give money and reach out for many more months.

I met some of the closest “inner-circle” Freedomainers at the barbeque who had set up their own sub-community in Philadelphia. There were maybe a dozen people mostly in their early 20’s (though a few a bit older), of varying degrees of involvement who almost all at this time deFOOed and were exclusively engaging socially with other Freedomainers.

I met with these folks in Philly a few times before finally realizing that the FDR wasn’t for me.

I sat listening to an organized discussion after our Thanksgiving meal, in which they made a conscious decision to ostracize a woman from the group who had a disagreement about one of Stef’s opinions. This moment influenced me in a pretty significant way, but that is another story for another time.

Shortly after my experience with the Philadelphia community, I stopped sending money to Stef, and stopped regularly listening to the show. I stayed connected to many of the people on Facebook, and witnessed most of them fall away too.

I still value some of the knowledge and insights I gathered from this youthful leap of consciousness. I still strongly hold on to Stef’s views about peaceful parenting. This is a topic I explore in Stateless, through a couple who also had a falling out with Stef. I also hold dearly the notion that the most productive way toward broad social change is through collective improvement of our closest relationships (like parents/children).

Now, in 2017, I am embarrassed to say that I once associated with and gave money to this guy. I’m also pretty sad to see that he has exploded in popularity since dropping an emphasize in non-violent relationships, and opting to build a network with race-oriented “Alt-Right” personalities. Though it is also not surprising, as racial and ethnic prejudice is historically easier to package and sell than philosophical rigour.

I was forgiving of Stef for the cultish mishaps, as they were largely self-imposed by his followers. But now I feel more removed than ever.

I AM NOTHING AGAIN

The dream-like qualities of my time in Freedomain Radio felt more real when I reunited with two people I met in Ontario, Kevin and Juan, on our first shoot in Acapulco. They introduced me to several people in the Anarchapulco community who experienced a similar distancing from FDR.

As for my present political identity: If anything I am back where I started in high school. I have long since given up on finding my tribe. However, I do know that I am entirely dissatisfied with the way our social institutions seem to have lagged so far behind our technologies.

I see no reason to fear radical change to any of our long-established systems. Education, work, the nuclear family, and the state — they are all fair game to me. I think in the long term, these shifts will be necessary, and hopefully they can be executed with thought and intent rather than fear and randomness.

And I’m not just interested in change for the sake of change, but for a healthier more secure human species. The intersection of new technology and social structures is where these revolutions will emerge, and I plan on being there with a camera — or maybe one day some other tool which has yet to be imagined.

My Intro to This World, Part 1 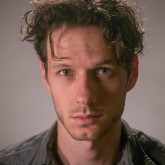